This commercial aired in 1982 for Zaxxon, a Sega game.

“A true feel of action in three dimensions!”

I uncovered this video a few years ago on an old U-matic tape in possession of the Computer Museum of the University of Amsterdam.

While cleaning up my computer(s) and my on-line presence, you sometimes discover old gems :-) 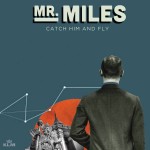 At present, there is an on-line game by the Royal Dutch airlines KLM with a world traveller. This traveller is called Mr. Miles and he flies damn fast around the world. If you catch him, you register for a draw for some nice prices. It’s not a difficult game and yet many complain that it’s “too difficult” or even that it’s ‘fake’.

What is this ultimate laziness? I don’t know whether I win something big, but what I know is I already earned a few hundred miles. And it’s not  a very difficult game either: follow his twitter account: @FlyingBlueMrM, and you’ll have your first miles in no time!

Mr. Miles travels quickly. Very quickly, which means he is in a ‘place’ for a very short time: a few seconds to a few minutes. If he tweets a riddle, it’s necessary to act as soon as possible by clicking the right location at the Mr. Miles-site. How hard can it be?

Hidden puzzles
It should even be possible to figure out where he stays between the tweets, but I’ve not succeeded in doing that. Perhaps the hidden puzzles – if any – are just too difficult for me. 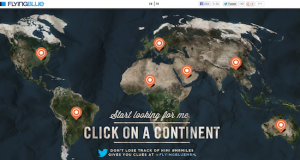 Nevertheless I caught the guy a few times now and it’s not very difficult. No, even very simple: in your Twitter options you can switch on notifications for when a user tweets something. Very easy. You hear ‘ploing’ and immediately go to the site and click the right location. It’ll cost you 45 seconds or less.

Nokia Game
When I started this game I hoped it would consist of difficult riddles and puzzles. Finally a real tricky on-line game again! Something like the legendary 1999 Nokia Game.

The Nokia Game was called an Alternate Reality Game (ARG) and very hard, especially the first one of ’99. I believe I even finished as one of the final 800 players. I ‘finished’ at position 249. But back then it was a very different story: a dial-up modem, hints in real world newspapers, magazines and TV programmes. You even had to play online between certain specific time frames! (Oh please computer-with-windows-98 or modem or both: don’t lock, crash or whatever!)

Unfortunately Mr. Miles doesn’t even come close to the Nokia Game. It’s just a regular lottery, although you have to catch Mr. Miles at least once to participate in the draws for the prizes, like the coveted platinum card or 500,000 miles. But even that seems too difficult for many, if I may believe the Twitter and Facebook comments.